In search of more than the usual catamaran and snorkelling adventures of Mauritius, Tamlin Wightman discovered a taste of Africa in the Casela Nature and Leisure Park, where she met some handsome beasts of the furry kind. 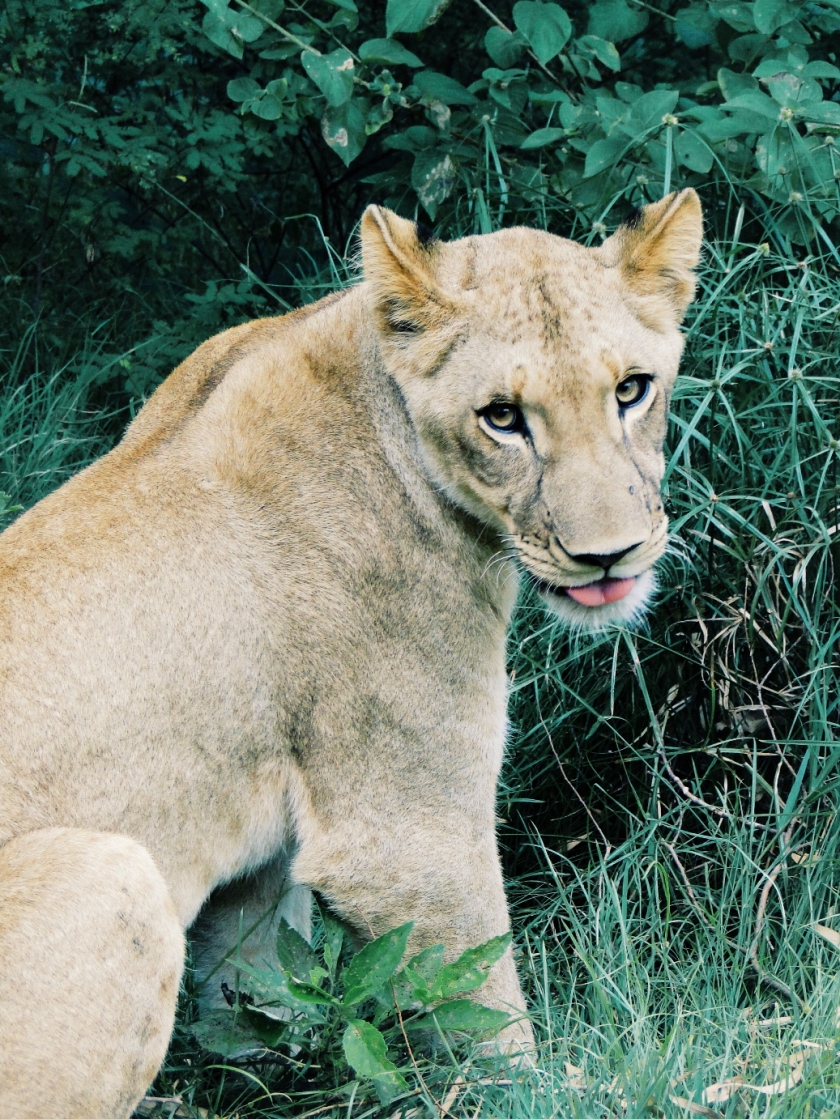 He was a handsome figure: striking light brown eyes with a hint of kohl eyeliner (a metro-sexual), thick hair you could grab onto, a chiselled jaw, an assertive upward tilt of the head. He had all the reason in the world to be assertive – after all, he’s Africa’s largest carnivore.

It didn’t sound like a very good idea: walking with lions (with nothing but sticks for defence). Lions develop their hunting instincts at around three years of age and here, before me, stood two three-year-olds with the sort of teeth I’d seen cause serious damage on Attenborough’s documentaries. But I was there to walk with the big cats and walk I was going to do.

We were at the Casela Nature and Leisure Park in Mauritius. It’s not what you’d expect on a small tropical island in the Indian Ocean, but, for those prone to sea sickness, it’s a welcome alternative to the water activities. 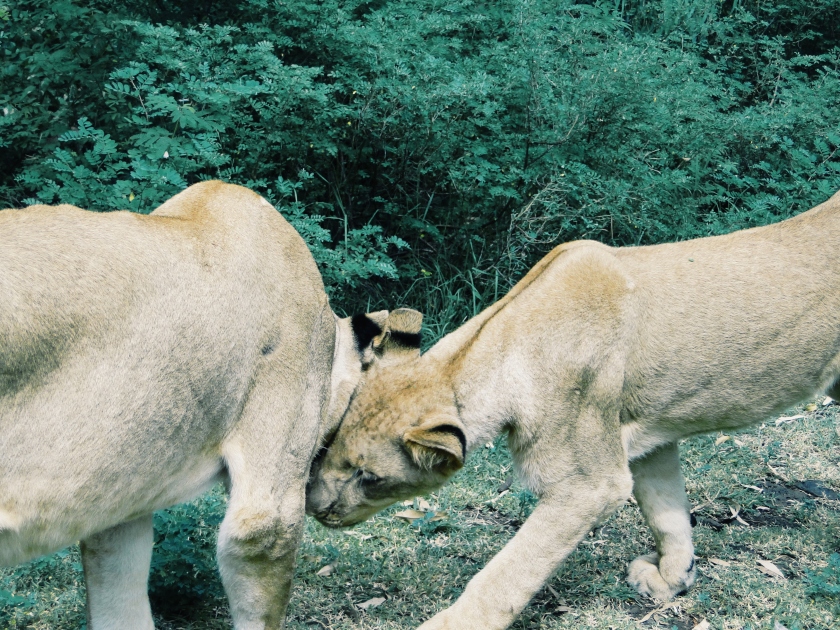 I stopped ogling the male lions and followed two lionesses and chief guide and lion tamer, Jano Labat, in his cowboy hat and khakis, down a grassy path. There were 12 tourists, including me, two other guides and two photographers, all belittled by the surrounding forest of indigenous coqueluche trees.

“Look directly into their eyes,” Jano advised. “Keep the stick between you and the lion and don’t separate from the group, otherwise the lions will think you’re an outcast from the herd, a weakling, a toy to play with.”

We huddled close and slowly, as we grew more brave, edged towards the cats to have a stroke. “Press hard down on their backs, give them a good feel, you don’t get to do this every day,” Labat added, as he ran his mere mortal hand along the light brown ridge of one lion’s back. “Just like a ridgeback hound.” Soon people were edging each other out, scrambling to cop a feel.

I wasn’t all innocent and, with Labat’s prodding, took the lion’s tail in my hand and let her lead me. It was light and gentle, the hairs fine and soft – especially the puff of black fur at the end. I was entranced and saw the other tourists melt into the forest behind me. I must have tugged a little too hard because suddenly the lioness dropped to the ground and began to heave up a lion-sized fur ball.

My guard shot back up quickly. One of the guides held up a piece of raw meat on the end of a stick next to a tree. The closest lion saw it first, her nose twitched and she jumped up onto the tree trunk, hugging it like a koala. She climbed higher until she nipped the meat from the stick, then jumped back down, leaving the tree with deep claw marks in its bark – a reminder that we weren’t dealing with mere ferrets here.

They’re still wild animals and, once in a while, one would wander from the path and disappear into the bushes while the other fell onto her back and continued to lick herself, unfettered by the onlookers.

The story goes – and Labat tells it quite bitterly – that he and his wife, Odile, were kicked off their land in Zimbabwe during the land reforms. Originally from Mauritius, they decided to move back home. They brought rescued lion and cheetah cubs over from Botswana and set up a new home and company called Safari Adventures Mauritius, together with friends Graeme and Julie Bristow, well known in wildlife and tourism circles in southern Africa. Their aim was to found a captive breeding unit of both lion and cheetah.

You can’t help but wonder, especially as you sign the indemnity form, what happens the day one of these big cats sinks a tooth or two into an over-excited tourist yanking on its tail?

After walking with the lions, we ventured by 4×4 into the 809 ha that make up Casela. Within minutes, I saw him. He sauntered out from under the tree with two females by his side. This was my type of male, not as rugged or brutish as the previous contender, but more gentle, elegant. A photographer once told me it was not easy to capture a male like this.

“The minute you take your camera out, he has already turned his back on you and is running away. That’s a zebra for you,” he said. But this zebra walked straight to me. His harem headed towards the other tourists in the back of the vehicle.

Casela is not your typical African safari. You won’t find giraffe necks beaming out of the bushes or elephants standing in your path, but you will see a lot of stag, wild pig, black swan and zebra. Brazen harems of zebra.