It started with a touch. The touch of a child’s soft, plump hand in mine. So timid that it didn’t linger long and was quickly retrieved by its owner. All around kids were screaming at me like banshees. ‘Mzungu! Mzungu!’ White person!

The crowd of about 20 little mites had chased after me as I passed through their village, Kijijini, on Pemba Island, named Jazirat al- Khadhra, the Green Island, by an Arab geographer. Some kiddies were naked, some just pulling on their dresses or shorts after enjoying the beginning of the monsoon rains. Once one of them had felt the strange pale skin, all wanted a turn. If you let it, Pemba Island will touch you in many ways. It’s hillier and more lush than neighbouring Unguja (known incorrectly as Zanzibar), with which it makes up the Zanzibar Archipelago within the union of Tanzania. Some say it’s Tanzania’s best-kept secret.

Tourists of the more usual sort are a relatively new addition to its shores. Hotels were established just 10 years ago (Pemba’s one and only nightclub and bottle store is at the police station). But traditional healers from the rest of Africa and Haiti are common. They have been travelling to Pemba for decades to study the island’s arcane secrets, according to guidebooks. The residents of this deeply religious, mysterious island are so secretive about it that it took one Westerner, who was researching the culture, three years to be invited to witness a witchcraft ceremony. 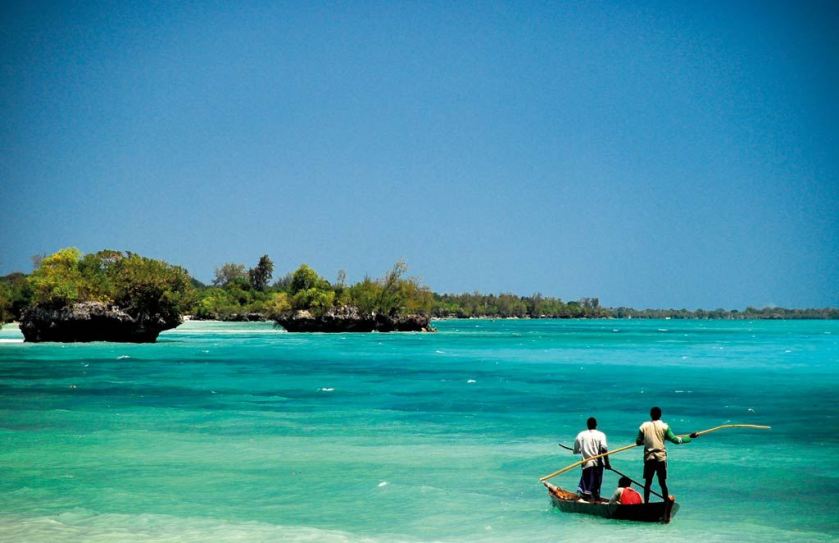 What some locals willingly told me was that many traditional islanders believe white people to be devils. The children who’d mobbed me in the village had regarded me cautiously at first, but soon seemed fearless as they realised I posed no threat. Locals who’ve mixed more with pale foreigners, for example by working in hotels, are less suspicious.

Perhaps I should’ve felt more threatened as the only foreigner for kilometres in this enigmatic land of juju – not once on my rambles away from the resort did I see another mzungu. But the child’s touch had showed me: embrace Pemba and it’ll embrace you. 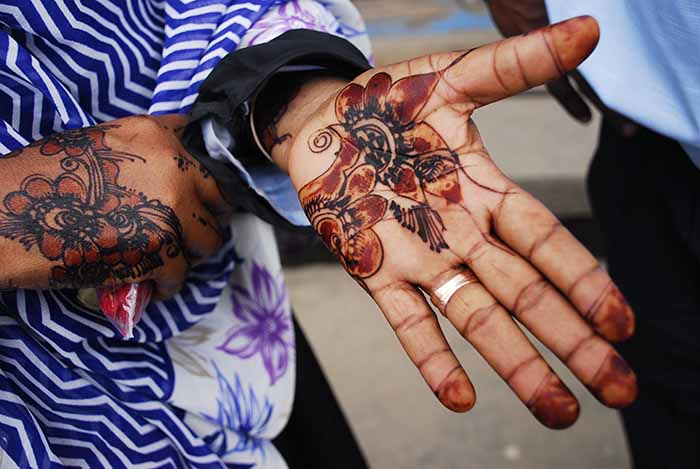 Scents and sights at the souk
A good place to get acquainted with any new place is its market. I was escorted to the sprawling main market in Chake Chake, Pemba’s administrative centre, by Yussif Salim Mohammed, locally known as the King of Konde because of the community work he does. A proud man dressed most days in a freshly pressed shirt and chinos, Yussif stood out among the other, more traditionally dressed locals. But under the Western clothes, he was Pemban to the core; after guiding tourists or assisting NGOs, he goes home to farm the same earth as his kin.

We hopped in a minibus and took off from Manta Resort in the north of the island on a ride through Ngezi Forest, a protected reserve and sacred place for locals. According to the Rough Guide to Zanzibar, it has at least six ritual sites, which are occasionally swept clean for the ancestral spirits dwelling there.

Beside these were huts made of mud and coral bricks, with thatched roofs crafted from palm leaves and beautiful, locally made wooden doors with intricate Arabic carvings. Short-horned zebu cattle with their notable humps grazed, tied to the trees. Handsome Pembans stared at our passing vehicle – probably because of my unfamiliar white skin. The panga-wielding men were slightly disconcerting and I quickly covered my bare arms in case I off ended Muslim sensibilities. Yussif said the machetes were a farming tool, but I imagined sacrificial ceremonies behind closed doors in the dead of night. When I asked about the island’s magic, he mumbled and looked away. ‘We’re planning on building a new school,’ he said, changing the subject.

Women beside the road were wrapped in buibuis (black gowns covering their heads, leaving only their eyes exposed) or brightly coloured kangas, gifts to honour womanhood, a birthday or marriage. Bands of children ran after soccer balls and stray chickens.

By the time we arrived at the market, we’d seen a different world. The crowded, labyrinthine alleyways of Chake Chake engulfed us in one chaotic breath. We hastened past flies attacking a tuna head on a cutting board, bees swarming round jars of honey and mounds of dried shrimp and prawns with flies sitting on them like raisins. A madman carrying three live chickens tied together by their feet chased us down the street, shaking his crooked hand. I wondered if he’d perhaps experienced one too many witchcraft rituals. Or perhaps he just thought we needed to sacrifice a chicken to oppose the djinns. Giant green bananas and pineapples hung in great bunches and hairy coconuts carpeted the floor of some stalls.

I sampled red candied baobab roots – delicious, until you get past the candy – and drank in the heady aroma of cardamom, banana-leaf tobacco and cloves.

With an estimated three-and-a-half-million trees, cloves are big in Pemba. The island produces over 70 per cent of the world’s supply. But according to Yussif , farmers are forced to sell the cloves they harvest to the government-owned Zanzibar State Trading Corporation, which pays them way below market rates. If farmers export the crops themselves, smuggling them by dhow for more money, the navy is permitted to kill them. A reason for more protective sacrifices.

Fins, friends and seaweed
Tumbe village has a different kind of market. Hordes of men were waiting for the fishing boats to come in, off – load and auction their catch. When the boats puttered in, there was a dizzy rush of hands throwing fish into the auction circle, hands swapping cash, hands shaking other hands.

Down by the water, the seaweed farmers, young teenage girls, gathered, watching over their crops tied to mangrove stakes jutting out of the sand. At high tide, water covered the seaweed, nourishing the crop with fresh nutrients. The girls had never been to school; their parents were too poor to send them, said my guide. Their harvests are sold to a Chinese company that pays them a pittance. I asked the girls what the seaweed was used for. They didn’t know.

As we were leaving the shore, the queen bee of the group signalled me over. The girls surrounded me. ‘Karibu,’ she said. You’re welcome. Her young, clear face broke into a friendly smile. She placed her hand on my back – another welcoming touch. ‘Asante sana,’ I thanked her, but her broken English and my poor Swahili limited it to that.

Songs of a secret island
Each morning at low tide, I’d watch fishermen and women spread across the exposed coral like herons, searching for an intertidal snack. They chanted hypnotic melodies as they worked, intermixed with laughter. One morning, as they sang, a school of dolphins leapt gracefully out of the water, seemingly in response to their call.

Further out, ngalawa (dugouts) and dhows traced silver, snail-trail wakes across the ocean with its vertiginous drop-off s that created dazzling layers of colour from light to dark blue. The dhow, a traditional Arab sailing vessel, is iconic to East Africa. For centuries they sailed the trade winds of the Indian Ocean, transporting wares between East Africa, Arabia, Persia, India, Pakistan, Indonesia, Malaysia and China. The constant mix of people and their ideas has created the rich tapestry that is the Swahili culture.

A tempting proposal
I returned to Kijijini, where I’d left my fan base of screeching children. There I met Sharif Suleiman, one of the waiters at Manta Resort. ‘If you want to know anything about Pemba, you’ve got to see how we live,’ he said. We strolled through his village, past women scrubbing dishes with beach sand and men listening to a soccer match on the radio.

Sharif teaches English at a small school. When we arrived a class was about to start, under the instruction of Sharif’s brother. I ended up being temporary teacher to about 30 students on mats on the cement floor.

I spoke slowly and Sharif acted as translator. Why, being 22, was I not yet married with children, the boys asked? The girls remained quiet, except for one who, as I said goodbye, offered her brother to me as a husband. The catch was I’d have to share him with three other wives.

If it meant staying on this wild, effervescent and complex island for longer, maybe it was worth considering. And if I wanted to see the witchcraft, I’d need a couple more years. But I declined the offer. He was good-looking enough, but an evil spell from his other wives wasn’t the kind of magic I was interested in.