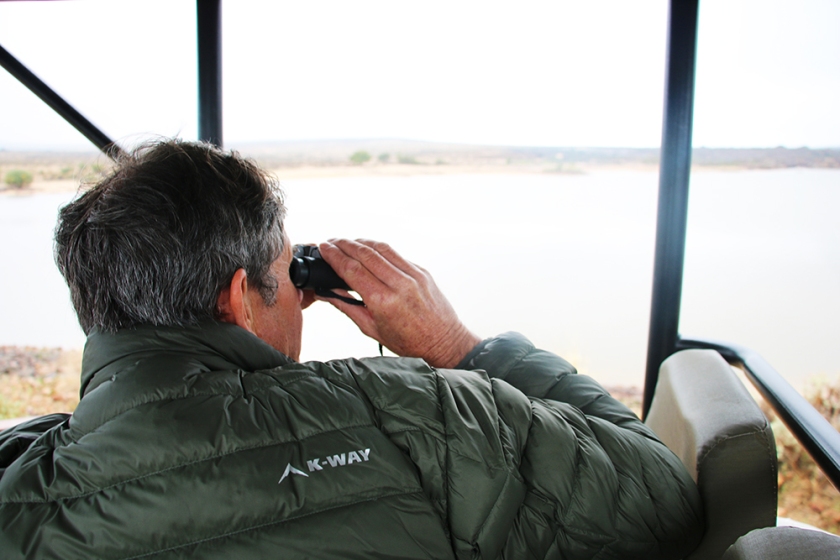 Because just when you think you have seen, thought, felt and captured all there is to see, think, feel and capture about a place, a young girl or a grown man come along and offer you a world through different eyes.

When it comes to viewing rock art in the ancient caves of the Cederberg, there is no end to new and contrary views…

Pointing to a series of painted dots winding across the rock face of the cave we were gathered in, in the heart of Bushmans Kloof Wilderness Reserve & Wellness Retreat, the girl excitedly shouted, “It’s a snake! A looong snake!” Her voice echoed in the enclosure. She frowned and interrupted herself, revealing the difficulty of the task at hand, “Or it’s a whole lot of people standing in a line…”

I had never noticed it before – the snake or the queue. (Or was it a necklace of ostrich beads? A spirit on a journey?) On a previous expedition to this particular Bushman rock art site in the reserve, my attention had been called exclusively to the elephant and the long-armed man. I remember them most. Through the girl’s fresh, first-time gaze, the other details came to life.

“That looks like Captain Hook!” Her hand shot out to direct our attention to the outline of what quite rightly resembled a hook at the end of an arm. “And those are Halloween ghosts!” She continued. Her imagination was rampant and it was thrilling.

The gentleman of our party was taking the silent, serious approach. He was not of the “gaze and guess” school of thought. I wanted, badly, to know how the scene looked through his eyes.

When I cornered him, he fessed up: whereas the girl had only answers, he had only questions. Too many, each new one just perplexing the last, until silence seemed liked the best riposte.

He continued listening to our guide for greater clarification. Taking us back 10,000 years, to when some of the over 130 rock art sites in the Cederberg were created, the guide painted the picture for us so vividly that silence fell over us all. In front of my eyes, the Bushman tribe’s everyday life materialised, and then their spiritual practices – the shamans, the trance dance, the mystical spirit world.

“But how do they do it? The painting?” The girl asked. “With their fingers?”

Sometimes the right questions to ask are the simple ones.

Our guide presented her with an example of the reeds used as paintbrushes, rolling them between his fingers, and then moved on to explain the pigments, all mineral in origin: the reds, browns and yellows made from ochres; whites from silica, china clay and gypsum; blacks from specularite or other manganese minerals.

When he added that blood and egg albumin were sometimes used as paint binders, the girl’s expression shot from wide eyes to “Eeeew” to more frowning, as she tried to figure out the intricacies of the Bushmen paintings, of this strange other world she’d never heard of before now.

She grew quiet as the guide explained that the Bushmen were mankind’s oldest nation. That they lived in these mountains for 120,000 years. And that, as hunter-gatherers, they had something we have lost as a society: a deep and profound connection with the land, not only an intimate knowledge of the natural world, but a genuine state of harmony with it too.

I guessed that the magic was hitting her – the significance of being cheek-to-cheek with some of the oldest art in the world, of standing on land once trodden by “the first people”. I remembered, while watching her, the moment it had all hit me as a young girl and I knew then that she too would be back. Called by the infinite intrigue of Bushman rock art. 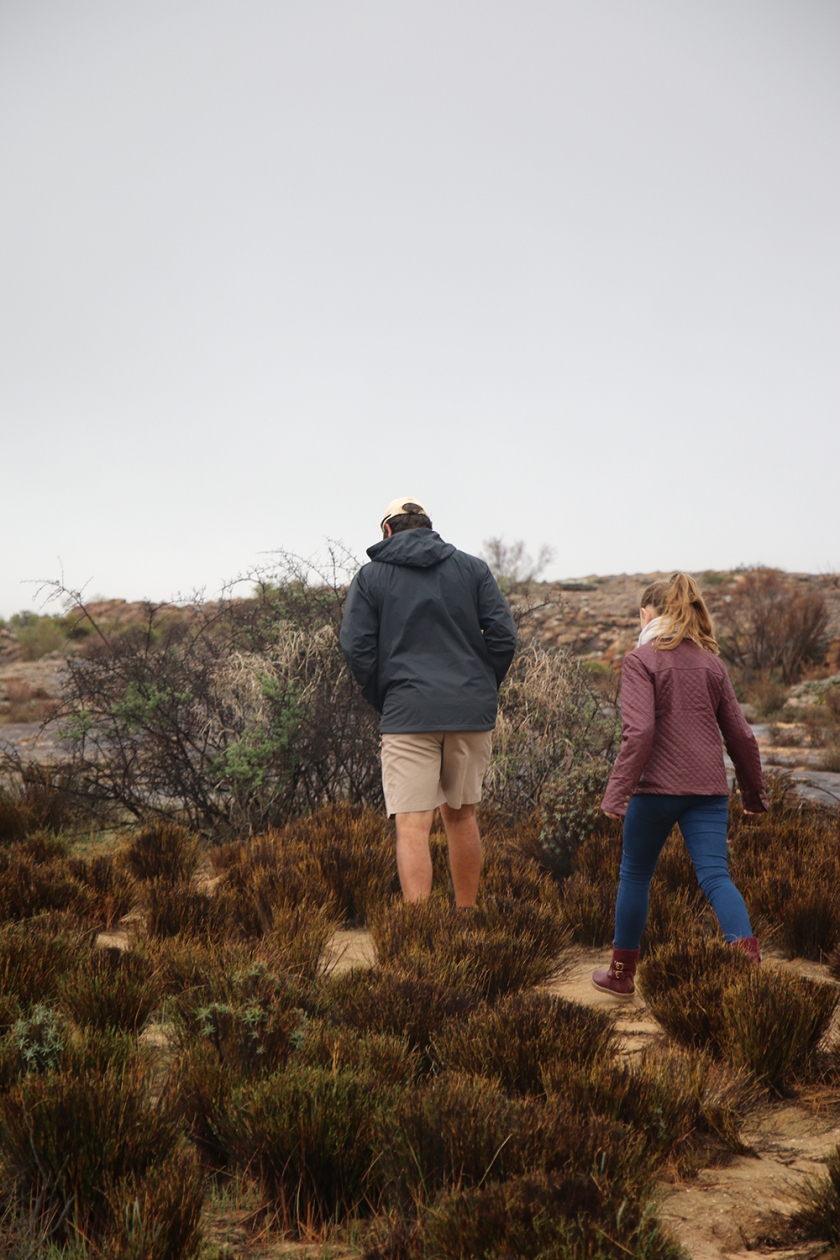