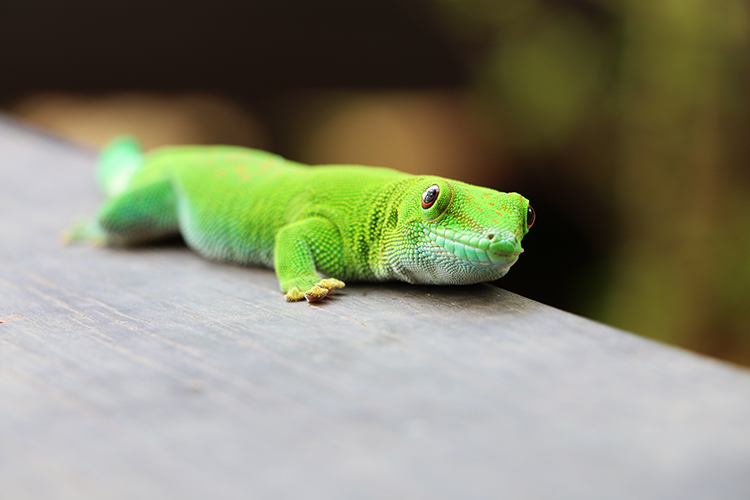 If it is true that fear is the opposite of love, Anjajavy is one place your heart can be sure to find itself again.

There are many things that scare me – the more tangible in nature, like baboons, the big cats and black mambas, but also matters of the heart, like love, truth and trust, and the possibility of losing them. Because of this, because I value courage, because I am in awe of the wonders that exist on the other side of fear, I challenge myself to cross over.

Travelling to wild and remote spaces in Africa, my courage is put to the test constantly. And each time I make the leap, I am rewarded. By an excitement that makes the skin on my arms blush – from a gaze shared with an animal much larger than me. By the honour of nature’s acceptance – when a snakes slithers into my space and lingers, gently, before moving on. By the greater understanding that comes with seeing nature for what she is – real and complex, with skies and seas both fierce and gentle.

As in love, the leap in the face of fear is always worth taking. It is in the leap that life resides.

That said, there is a beauty in a place like Madagascar, with its animals that are brighter, larger, louder and all round more peculiar than anywhere else in the world, and, yet, as my guide at Anjajavy le Lodge, Jonhson William Clovis, told me, not at all dangerous. Not to humans. The ground boa might be fond of lemurs but people hold no allure.

Rather than having to be brave, I could be free, I could return to that state of childlike wonder that comes with feeling safe and protected. I could get close, I could let my guard down.

With Jonhson, who knows more about the island than I could hope to learn from a century of guidebooks; with Cédric de Foucault, Maitre de Maison at Anjajavy le Lodge and the heart of Anjajavy; with other travellers, young and old; and alone, I roamed the forests, day and night.

And daily the lemurs came closer, and closer, until any fear I might have been holding onto dissolved and I could sit beside them, taking in the intricacies of their facial expressions, the widening of their eyes in excitement, a smile in a moment of peace, a leap and a dance from tree to tree in fright, flight or fight or merely to get on their way.

Unlike some parts of Madagascar, Anjajavy le Lodge is dedicated to preserving and growing the reserve that it calls home. This is Cedric’s mission. And it is one that has spread to the whole team and to the villagers living in the reserve. It is one of few unspoilt wildernesses on the island, not destroyed by destructive farming practices. Malaria has been wiped out. And the trees have been allowed to grow into old age – like the ancient baobab trees that stand so tall and wide that it would take nine people to link arms around one.

Because of this, the community working together, the wild things living and loving without threat, a poignant harmony has been created, where you are welcomed into their circle of trust.